Healthy Stables by Design at The National Press Club

Last night, John Blackburn attended The National Press Club’s 36th Annual Book Fair & Authors’ Night. The event was sponsored in partnership with Politics & Prose and benefited the non-profit NPC Journalism Institute, who provides scholarships for the next generation of aspiring journalists, and The SEED Foundation, which helps to groom underserved students across the District and Maryland for collegiate achievement.

The event kicked off with a reception for more than 90 authors and their guests in The Fourth Estate Restaurant in the NPC building. After an introduction by NPC and a brief presentation by Politics & Prose, the authors were escorted to the ballroom where the book signing commenced.

John had the opportunity to speak with many members and patrons of the NPC who had some interest in horses or knew a friend or family member with horses, farms, and barns. It was surprising how many in the Press community are connected to the equestrian community. It is also a pleasure to be in an environment where there was such enthusiasm for the printed word and books in particular.  Many of the patrons who stopped at the “Healthy Stables” table commented on the incredible photography in the book, much of which was captured by Blackburn architect Cesar Lujan. John sold and signed between 15 to 20 copies of his book, Healthy Stables by Design.

Scroll down to see more photos from the event: 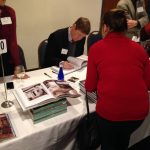 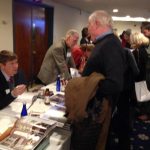 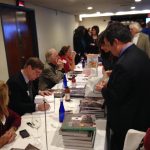 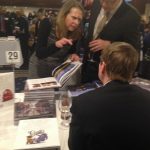 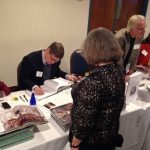 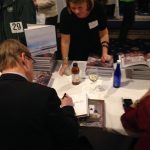 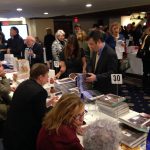 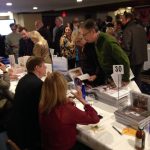